It’s another Sunday! Another week gone by, was it good for you?

Just finished reading Girl With The Dragon Tattoo, (or in Swedish, “Men Who Hate Women”). It was pretty good! It started off dreadfully slow, but built up steam and got more and more exciting as it went along. I know it’s been out for a decade now, but I’ll be the first to admit I’m not the best at staying current with music or reading or anything else our culture is up to. I figure if I stay a decade behind, all the rubbish and hype will be filtered out and I can just ingest the good stuff.

Stieg Larsson does a great job building the suspense, and relies on a surprising amount of tedious detail to create the story; surprising because it turns out not to be tedious at all. I couldn’t give a fig for financial mergers and big business, but he manages to make it interesting nonetheless. The really curious thing was how he ended the book though. There were two “climaxes”, so to speak. If you haven’t read it, there be spoilers ahead. 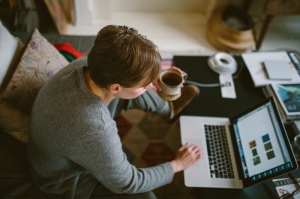 It really felt like the confrontation with Martin Vanger would be the peak of the story, but it wasn’t! I remember Hemingway saying once you hit the climax of the story, you should finish it as quickly as possible. The basement scene with Martin and Mikael was definitely the climax, but then the story carried on another hundred pages to resolve the other conflict with Wennerström. And the love circle with Lisbeth and Mikael. Which, really never was resolved. Anyways, it’s an interesting technique as a writer to have two climaxes, spaced so far apart. I’m not sure it’s a good idea really, even though Larsson didn’t really have a choice with the way he set up the novel to begin with. The only solution would be to completely recreate how Mikael gets involved in the affair, and cut out Wennerström entirely.

Now I’m looking for another book to read. I guess I actually have lots of research to do for my second book, so that should really be what I’m reading. First up, is a book on the history of the Ottoman Empire, which I’ve started twice already. We’ll see how far I get this time. I don’t like procrastinating writing the book itself, but history is always so inspiring.